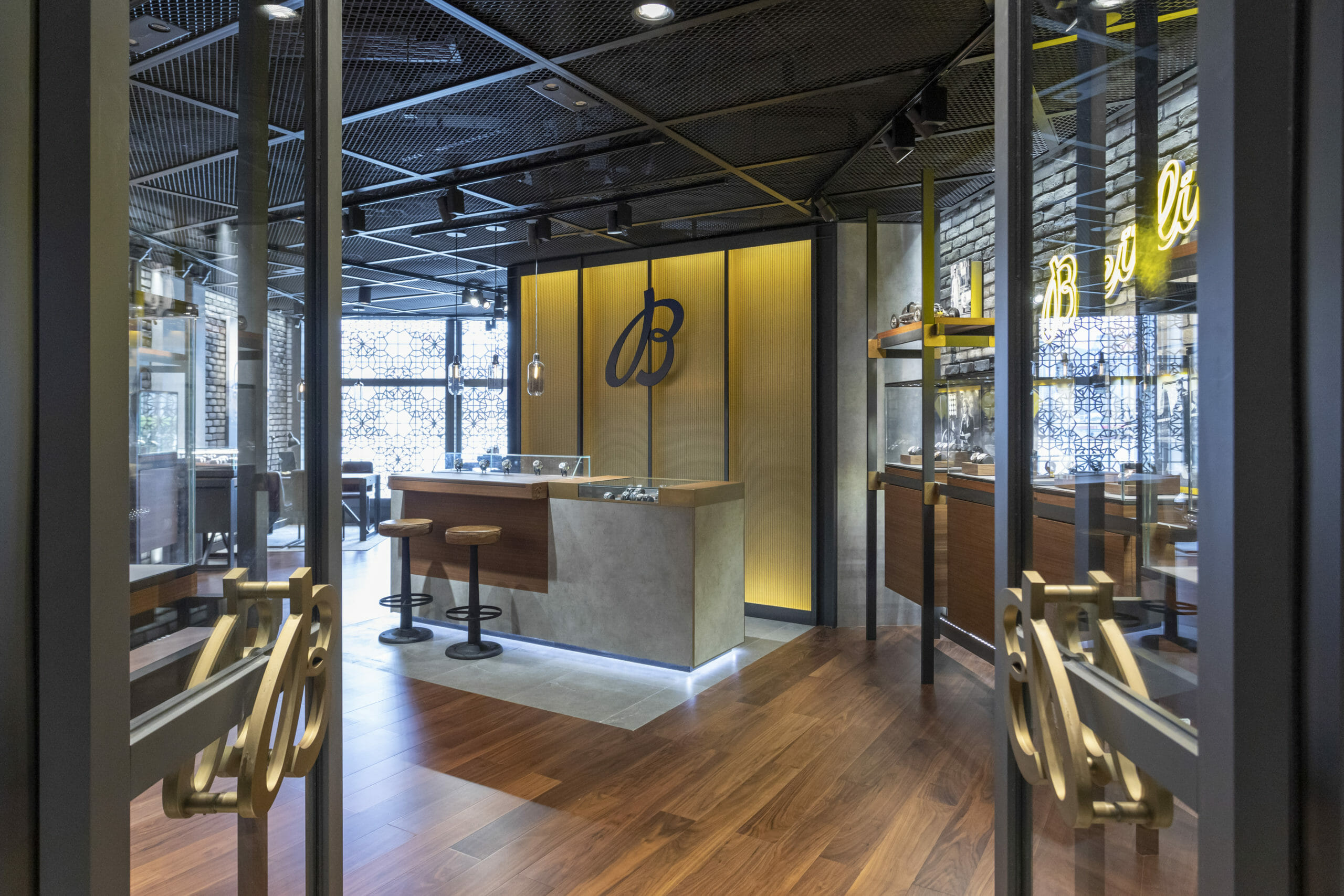 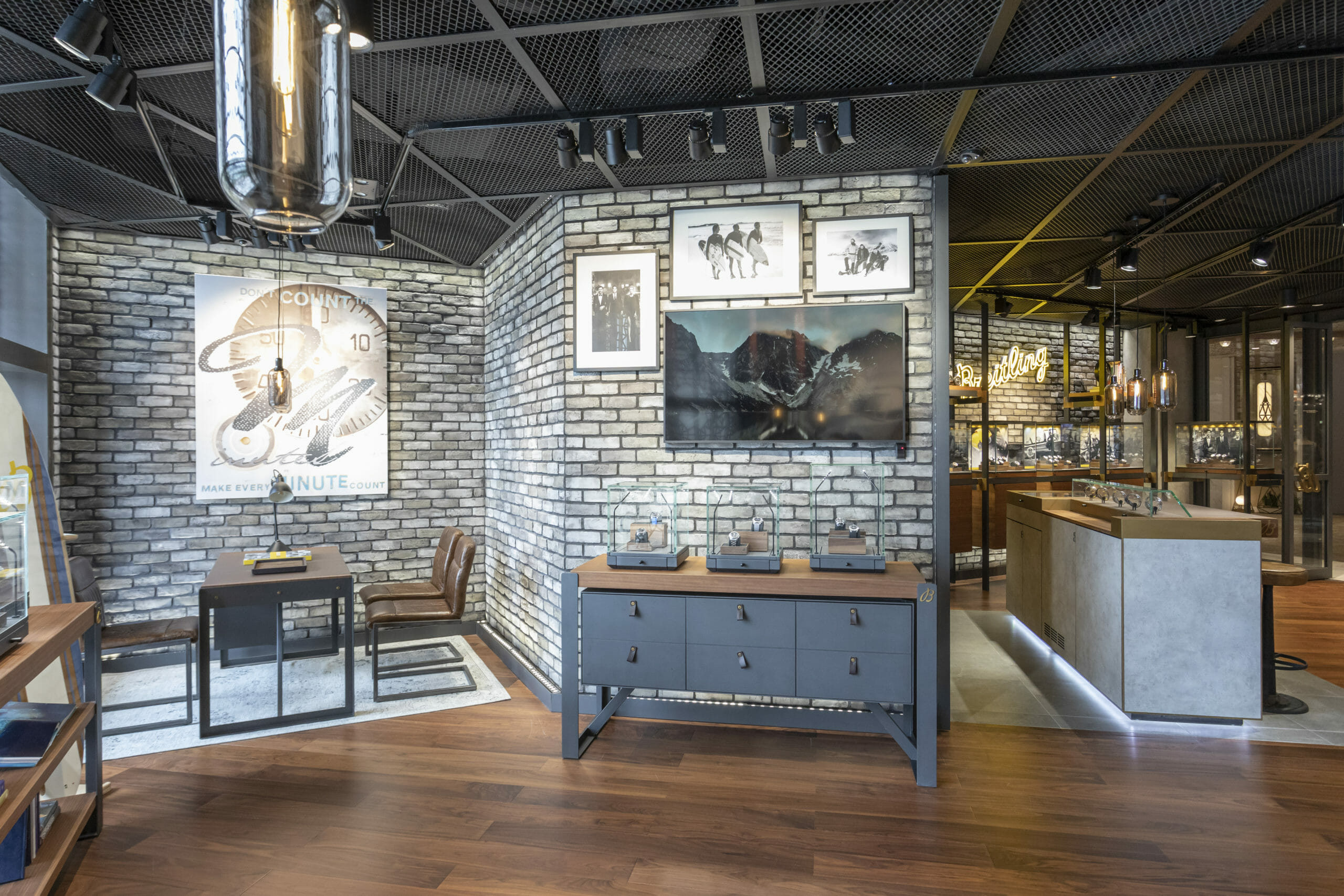 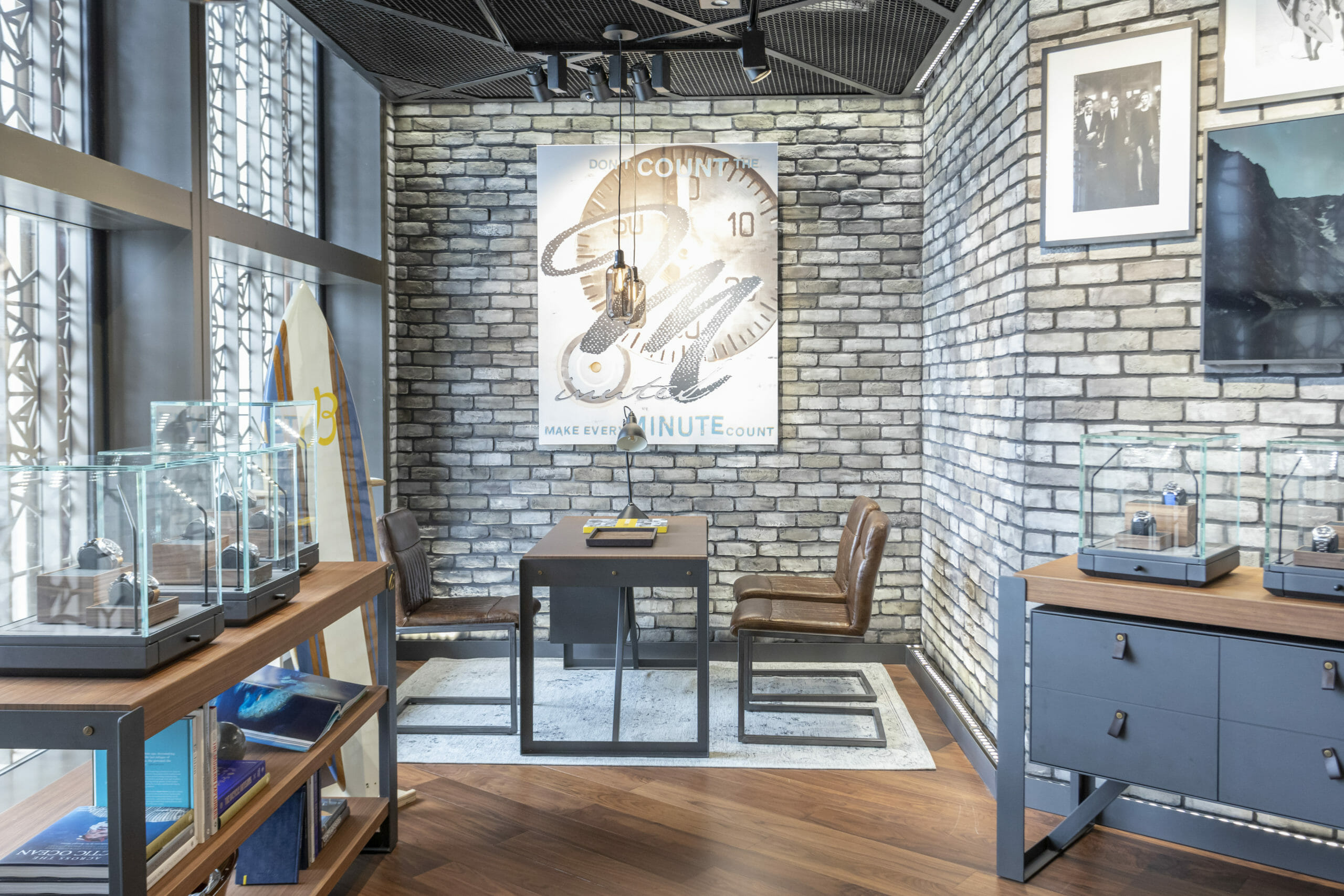 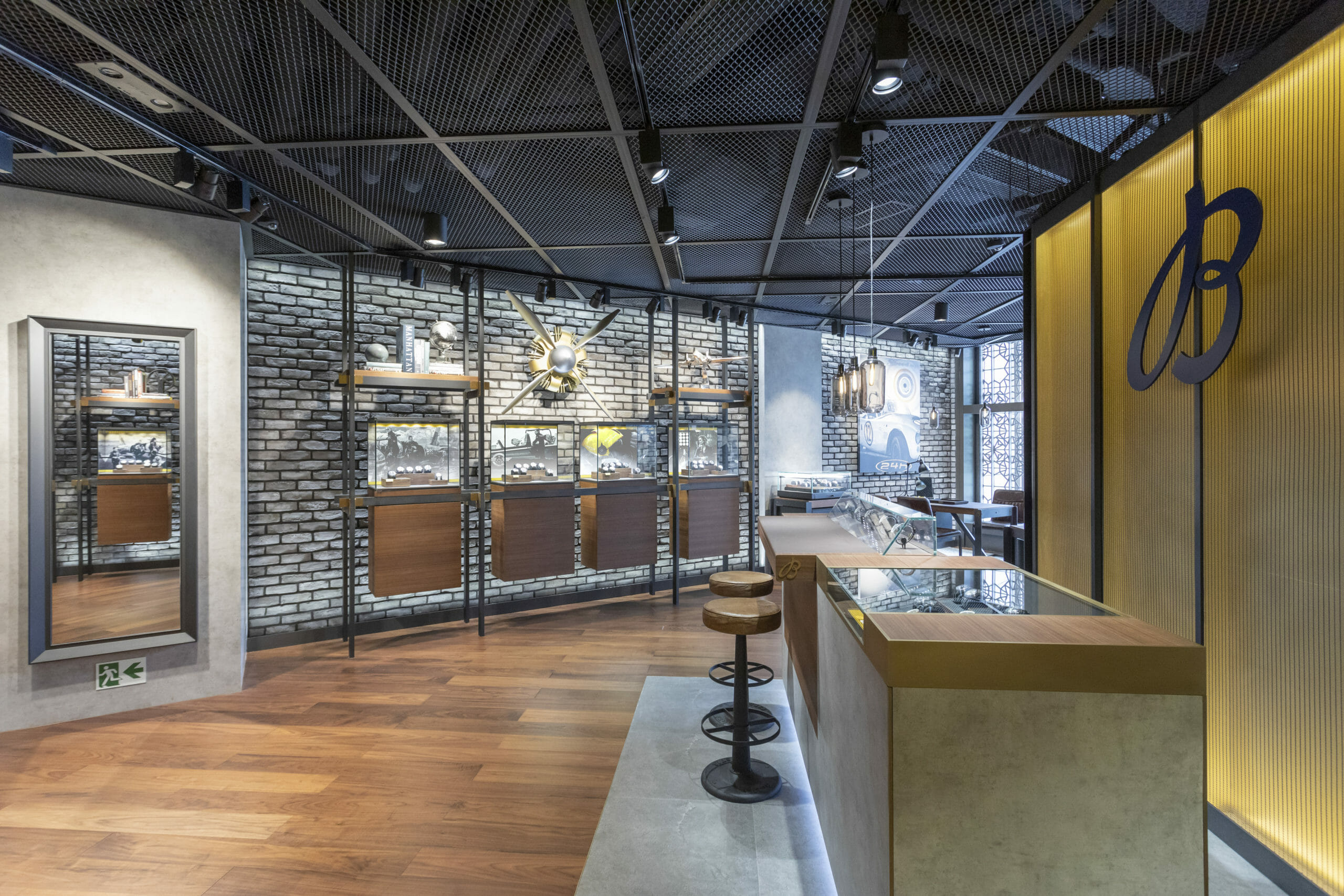 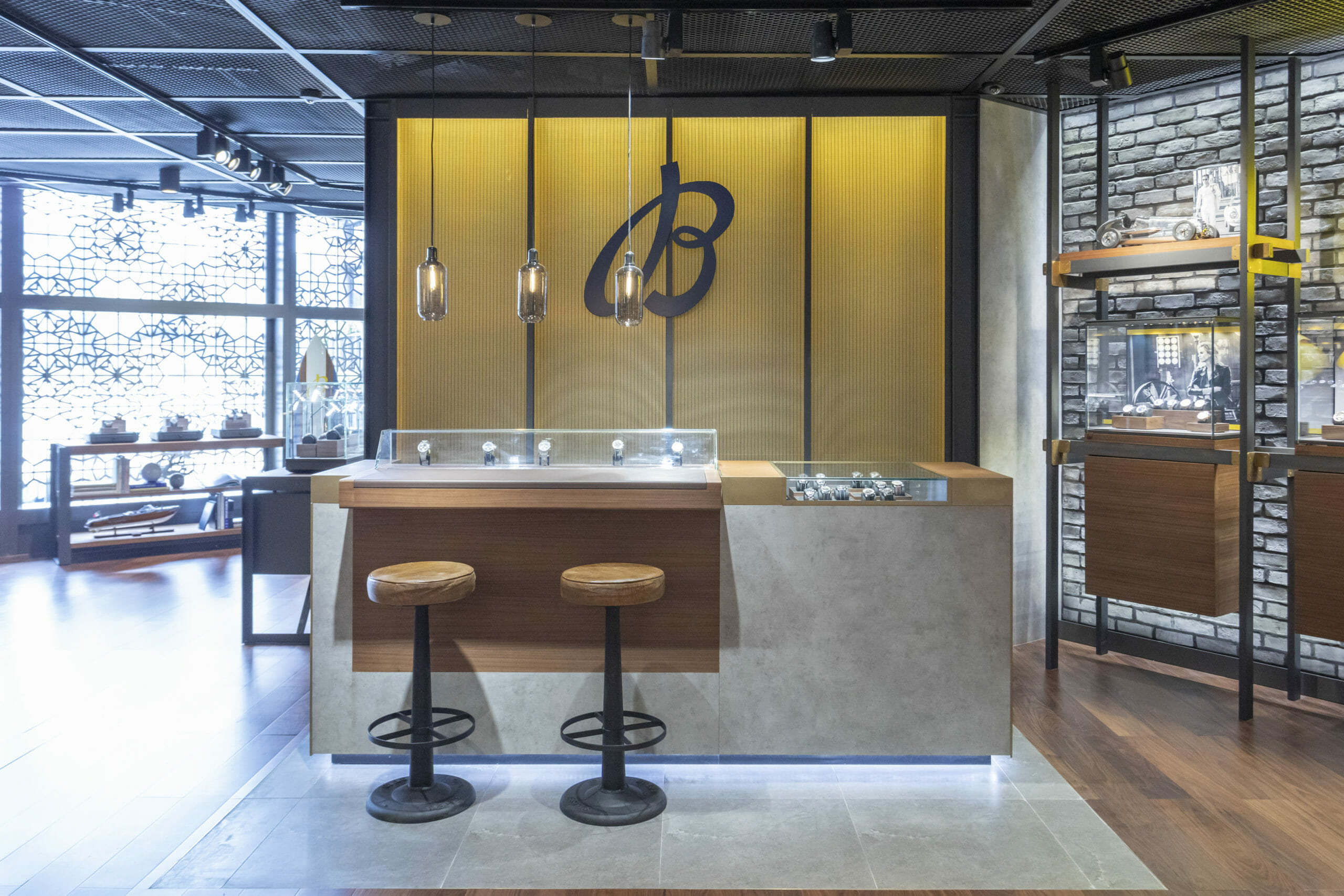 K11 MUSEA, Hong Kong’s Silicon Valley of Culture, has been all the hype since its official opening in August 2019. Among the mélange of pioneering tenants is Swiss luxury watchmaker, Breitling, which launched its new concept boutique at the retail landmark. Breitling K11 MUSEA is the first boutique delivered by greater group for the watch brand with the Citygate location being the second. This is the sixth in a series of projects this year including four shop-in-shops in Taiwan and a pop-up in Indonesia. The K11 MUSEA boutique is an end-to-end project that included design documentation, procurement and production of specialized furniture, site build and installation.

In line with its modern vision, the boutique’s design concept is a contemporary urban interpretation of a chic industrial loft in modern retro style. The concept is inspired by the period when Breitling developed some of the most admired tool watches ever made. Along with modern elements, the store features nautical and aviation motifs to celebrate Breitling’s rich heritage and inspirations from the sea, land and air. This loft concept is also part of Breitling’s global pursuit to bring a recreational aspect to the customer’s traditional luxury shopping experience. 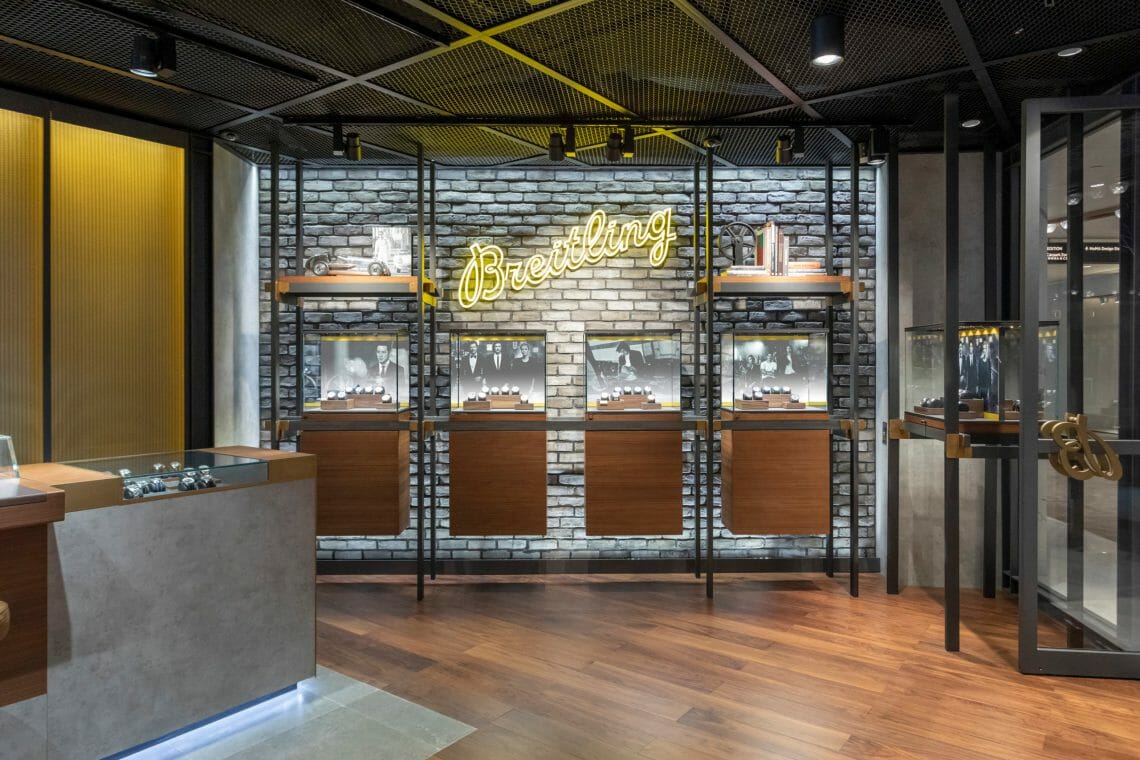 The greater group team sourced and manufactured bespoke furniture, flooring, lighting and with a local partner, built the store creating an intimate setting replicating an exclusive industrial loft in a dynamic city. greater group  successfully helped the client reduce costs by swapping to locally sourced materials and simplifying the construction of the fixtures making the units better resistant to wear and tear at a lower production cost.  This process was done in tandem with production since the schedule did not allow the time for prototyping.

The metal structures used for product displays are reinterpretations of industrial shelves and evoke an atmosphere that reflects air, land, and water: the three environments where Breitling watches have long distinguished themselves. The final outcome achieved the desired look, feel and functionality adhering to client’s brand guidelines.

Founded in 1884 in Switzerland, Breitling has a 135-year reputation as the most famous Swiss manufacturer of watch design for pilots for decades. As part of its rebranding strategy, Breitling has been renovating its existing boutiques around the world with a new industrial look. While respecting their long, impressive heritage by creating a relaxed, stylish environment that dates back to the time their reputation was first established, the brand is opening their doors to a new generation of watch enthusiasts.